Speech and language therapists working in schools across the UK, find that the children they work with speak a variety of different languages. Here at Therapy Network Ltd we have summarised some of the most recent neuroscientific evidence  to help provide an evidenced based back-drop to bear in mind, when supporting children from different cultural backgrounds.

Over 50% of people are defined as bilingual or plurilingual. Although the degree of competence and the frequency of use vary considerably between children.

There have been a large number of studies, which have addressed this subject.

1. Studies have attempted to isolate and pinpoint the neural basis of bilingualism.
2. Clarify the nature and representation of the cognitive processes underpinning the learning and use of the different languages.
3. Understand the functional and anatomical relationship between languages.

These studies have mainly focused upon isolating following areas:

All these studies have provided an essential contribution to understanding the neurological and functional bases of the process of learning a first language (L1) and a second language (L2). Essentially, showing whether two spoken languages may correspond with greater variability of anatomical representation.

Children from birth have a greater proficiency in some tasks and show similar activation to L1 learners. Those L2 learners’ acquiring languages after 6 years old show a greater degree of activation in other different areas of the brain, suggesting additional neural involvement. However, on some tasks no differences were found irrespective of age or exposure.

Other studies have shown that children from one language whoa are adopted by families from another language origin (between the ages of 7-9 yrs) with no further exposure to their L1 language demonstrate a complete substitution of L1 by L2 in tasks such as phoneme discrimination and identification.

Correlations between linguistic differences and in gene variations in various populations is usually the result of historical and geographical factors. Molecular genetics have revealed that the degree of correlation between the presence of specific alleles and the use of tonal language does not seem to be tied to historical or geographical factors, but rather the presence of specific alleles facilitating the acquisition of the linguistic characteristics present in tonal languages, which in turn, influences the process of linguistic mutation through repeated cultural transmission.

There is considerable neural overlay between languages spoken by bilingual and multi-lingual individuals. Lexical, phonological and syntax elements are processed by the same areas of the brain for both L1 and L2+ learners.

However, the degree of overlap is directly proportional to the level of linguistic competence in the two languages and the age the individual acquired L2.

1. Those acquiring from birth to 6 years show the same activation patterns.

2. While processes of L2 subjects with similar proficiency in both languages, but with L2 learnt later in life requires the activation of other areas of the brain, particular for syntactic task.

However, it is still not clear, to what extent the degree of competence in L2 contributes to the activation of L1. On the contrary, how much L1 influences the processes of L2. 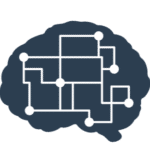